This tag is associated with 33 posts

As a kid growing up, reading comics and watching my favorite superheros in cartoons, Stan Lee was always synonymous with Marvel comics: whether voicing the intro to cartoons or when I’d read the Marvel bullpen.

I was lucky enough to have met Stan “the Man” Lee briefly during a signing and lucky enough to sit in on a couple panels he did. Controversy aside, I think his legacy, influence and verve are undeniable in the comics world.

Here’s to hoping somewhere out there, things have been patched up between Steve Ditko, Jack “King” Kirby and Stan. He will be missed but his memory will forever carry on through his characters and cameos.

I don’t have a lot of time right now, but I liked the quick sketch I did in tribute to Steve Ditko a few days ago. So I’m rolling with it in the back of my head. I think I will actually reverse how Spidey is facing here and do an upshot instead of a down. This is why we sketch things out right? 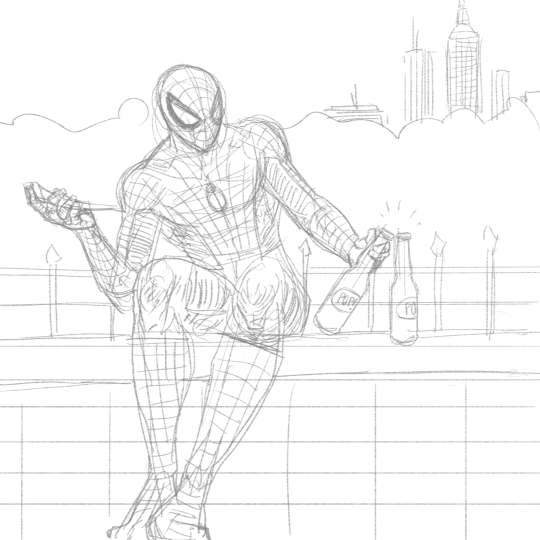 Did this quick and dirty sketch yesterday after creating that Steve Ditko died. He was 90 and many know him as the co-creator of Spider-Man.

Completing colors on this.

If you remember this shot or go back to find it, you’ll notice that I went back in and tweaked the guy a bit to make the moron more dramatic.

Daily Doodle: Another brick in the wall

We don’t need no education.

Colored this one in.