This tag is associated with 5 posts

My next two weeks…

In 2012, I left my job at a major think tank to pursue my dream of drawing comics. If you follow the blog, you have no doubt seen the progress I’ve made and the work I’ve put in to get better. Year after year, I built upon my skills.

For my Throwback Thursday tweet & Insta posts today, I talked about the amazing crossroad of luck and opportunity. In 2015, you may remember I had the chance to be on stage with the great Jim Lee, one of my comic idols growing up. I also lent the amazing Ed McGuinness my drawing pad. I received original artwork from both and was able to talk to them about drawing. I also got to meet Skottie Young and Humberto Ramos, 2 of the 3 artists whose work brought me back to comics (the third being Chris Bachalo whom I’ve had the pleasure of meeting since). I geeked out pretty hard as a fan. I mean, how could you not?

However, I always wanted to be a creator. I kept drawing and learning. I’m thankful for an amazing support network that has kept me with jobs throughout the years. I’ve done commercial art, some graphic design and cartooning, commissions, concept art, and storyboards. I’ve made some web comics.

This year, Andy Nordvall and I put out Siren’s Song, available on Amazon , Barnes and Noble and any local bookstore by request. I did my first signing at the Comic Bug, here in Los Angeles.

Here are the next two things I’ll be participating in:

This upcoming Saturday, July 14th at Southern California Comics in San Diego, I’ll be joining an amazing collection of talent as we share our wares and prepare for Comic-Con the week after. If you’re in San Diego, I hope you can make it! 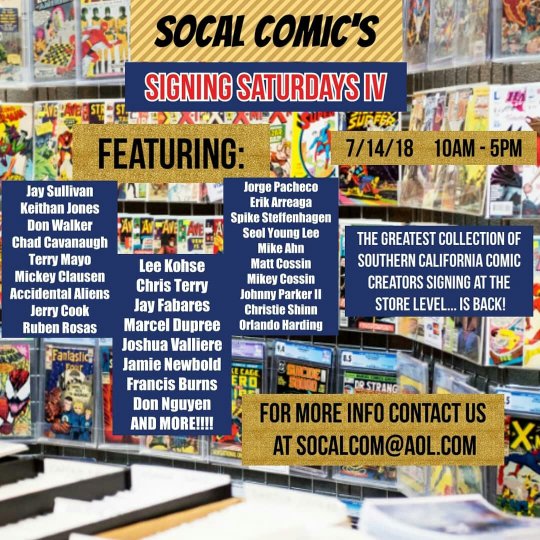 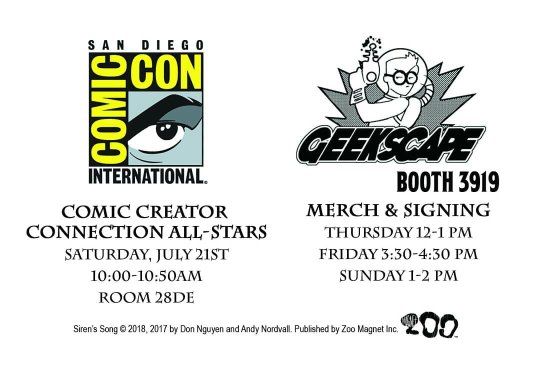 And, yes, this year sees me as a creator at San Diego Comic-Con. If you’re there, my schedule is above. Drop by, say hi and tell me you read this post! 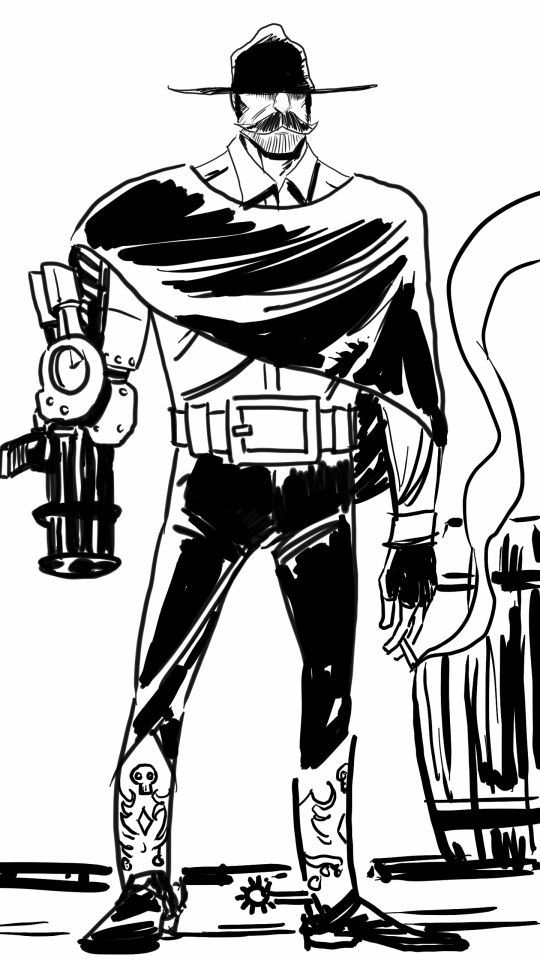 I think I’m getting a bit better using black.

Knight of the Living Dead…or something 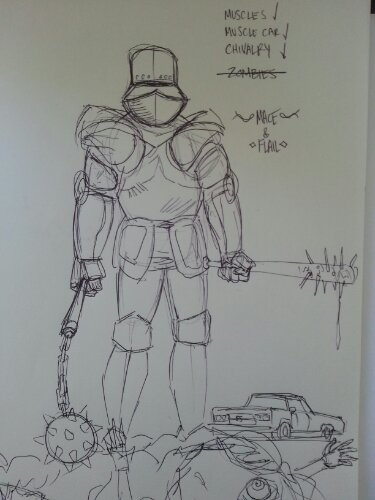 So I was working on my class assignment, thinking about layouts when I decided to take a break. That’s right- I draw on my drawing breaks! I threw this one at the great Matt Jackson. The bottom sketch is a rough in my sketchbook from ballpoint. I refined it a bit on my second break from my phone (top doodle). Let’s see what he comes up with. You think you can best his script? Send it my way and I’ll not only do his version but I might pick yours as well. If so, I’ll send you a fully rendered copy- text and all. If I’m nice, maybe the originals too. Rules? The only one I can think of now is try to tell the story in two pages (I got homework yo!). Also, to be very clear, I’m at liberty to do what I want with your script- so no crying foul if I leave something out of a panel or it isn’t how you think it should be. Call it artistic license. Does anyone get paid from this? Who knows? Are you getting paid to write comics? I’m certainly not getting paid yet (well except for etsy), so if you are- hook a brother up! If you have writer friends interested in making comics, please tweet, Reddit, Facebook, stumble, postcard, call their mothers, etc. if you think they’d be down to try this. Script format? Google comic book scripts/plot outlines. I won’t dictate that to you, I’ll merely interpret what you have. Submit to voraciousink@yahoo.com and add subject : Mace & Flail.

So I went to Blast Off Comics yesterday hoping to find some issues I was missing and maybe nab another Skottie Young cover (because frankly I love cute baby versions of things). Anyhow, I got more than I bargained for after a wonderful chat with shop owner Jud Meyers. I was telling him how my friend (and I mean you, Matt Jackson) got me into the new Hawkeye series. Hands down, one of the best currently out there right now in terms of story and art. Jud recommended I check out Fraction and Aja’s work on Iron Fist. Have to admit, never was that huge on Iron Fist. Picked up a few issues with Iron Fist and Luke Cage when I was a kid, but was never compelled to buy anymore. Well, after going through the aforementioned book, consider me compelled! So my daily doodle today is a quick rough of Iron Fist. Thanks Blast Off Comics! If anyone else is reading this and anywhere near the Valley in Los Angeles, please stop by one of the most welcoming and best comic shops in L.A. 101 to Lankershim, right before Magnolia. Check ’em out here!

I am so sloooooow….

At blogging. Maybe it’s because I’m busier drawing lately.  Anyhow, want to try to keep documenting stuff, but it would appear that my deviant art site is more up to date than my wordpress account.  Go fig.  Art>writing in my world.  Maybe one day I’ll have enough time to balance everything out.  How do you peepz on the interwebz do this?  Where do you find the time?  You amaze me.

In terms of my comic book stuff, right now I’m in between a more cartoonish style or realistic.  I guess it depends on what I’m working on.  If you’ve dropped by Spicy Braun, then you’ve seen a little of everything.  Matt and I have a couple other things on the table.  I’m still sketching out layouts for one of our titles that will be more action driven. Man, that Matt Jackson can write.  That guy’s got ideas.

Hmm, apparently, I missed the rapture.  I heard God was stuck on the 405 around 5:47pm.  Must’ve decided it was best for another day.