This tag is associated with 2038 posts

As I write this, there may be minutes left on Gerry Conway’s Skulls for Justice campaign. It’s raised over $76,000 for Black Lives Matter Los Angeles. To celebrate Pride and to reflect some issues happening right now in our country, some friends and I created a comic inspired by the campaign. Introducing Rook, our trans protagonist.

For those who may not know, Gerry Conway is the co-creator of Marvel’s Punisher character. The idea behind Gerry Conway’s campaign is he wanted to reclaim the Punisher’s skull from being used by law enforcement and the military. Considering they’re suppose to be forces of justice, you can see how using a vigilante’s emblem is troubling.

I read an insightful article by Charles Pulliam-Moore about how the Punisher logo couldn’t be reclaimed. I feel like at least we could try to chip away at it.

I want you to meet the writing team behind the piece:

Massage therapist by day, writer by all other times. Being black and queer means you don’t get a lot of representation in media. Granted there has been a lot more examples recently. I’ve made it my writer’s mission to continue writing about underrepresented people. I’m here to ensure that PoC and LGBTQ+ aren’t just a tending topic in media. But characters that you love and more importantly relate to, no matter your identity. Coming from a diverse city like Long Beach California, it’s easy to forget that not all homes are like mine. So I saw this as an opportunity to spread some empathy, understanding and compassion for people that we think are different but actually really aren’t.

Eclectic artist and educator, Woman of Color, and queer to boot. I have been a life long nerd, gamer, comic enthusiast, and when I was given the opportunity to work on a Punisher project, I could not have been more delighted. Punisher was one of my favorite comics growing up because Frank Castle did the right thing even when it was tough and brutal, that really taught me to be unflinching when it came to my own real-life struggles confronting things that should not stand. It’s been hard for much of my life to find protagonists of color, let alone lgbtqia+, so this comic feels personal, needed, and real. Not only am I working on a comic for a company I admire, I am showing a piece of my communities to the world , hoping to open a dialogue and bring creativity to diversity.

Writer, editor, and token white guy for the project. Having grown up in a very rural setting it was strange learning from bands like Rage Against the Machine, and from the comics that I loved that there really was an imbalance in the system. As I grew older, family members came out and I supported them af best I could. When two of my children informed me that they were transitioning it added an entirely different dynamic to things. Now with two African-American grandchildren as well, it puts it all the more into focus for; Our world is so diverse, and we need to look into that imbalance now more than ever. The moment I heard of this amazing opportunity to take on one of my favorite heroes in my favorite universe, and to help so many other voices be heard, I HAD to jump in.

I hope you enjoy the piece.

Doing what I feel is the right thing #BlackLivesMatter #ReclaimthePunisherLogo @Gerryconway

So, two weeks ago I answered the call put out by Punisher co-creator Gerry Conway about a fundraiser for Black Lives Matter & a campaign to reclaim the Punisher logo from Law Enforcement.

Gerry reached out and asked to do a logo inspired by the Punisher skull, maintain the white skull on black background motif, add a red tear and incorporate Black Lives Matter. Here’s what I came up with & the response has been overwhelming.

Please visit the link above if you’d like to support.

Here are the process sketches for the design.

Also, check out this article from the Guardian! https://www.theguardian.com/books/2020/jun/11/how-do-you-stop-the-far-right-using-the-punisher-skull-make-it-a-black-lives-matter-symbol

It’s been fun & freeing not having to worry about clean line art this year for Inktober. I hope you guys are enjoying this comic!

What is that? Ew! 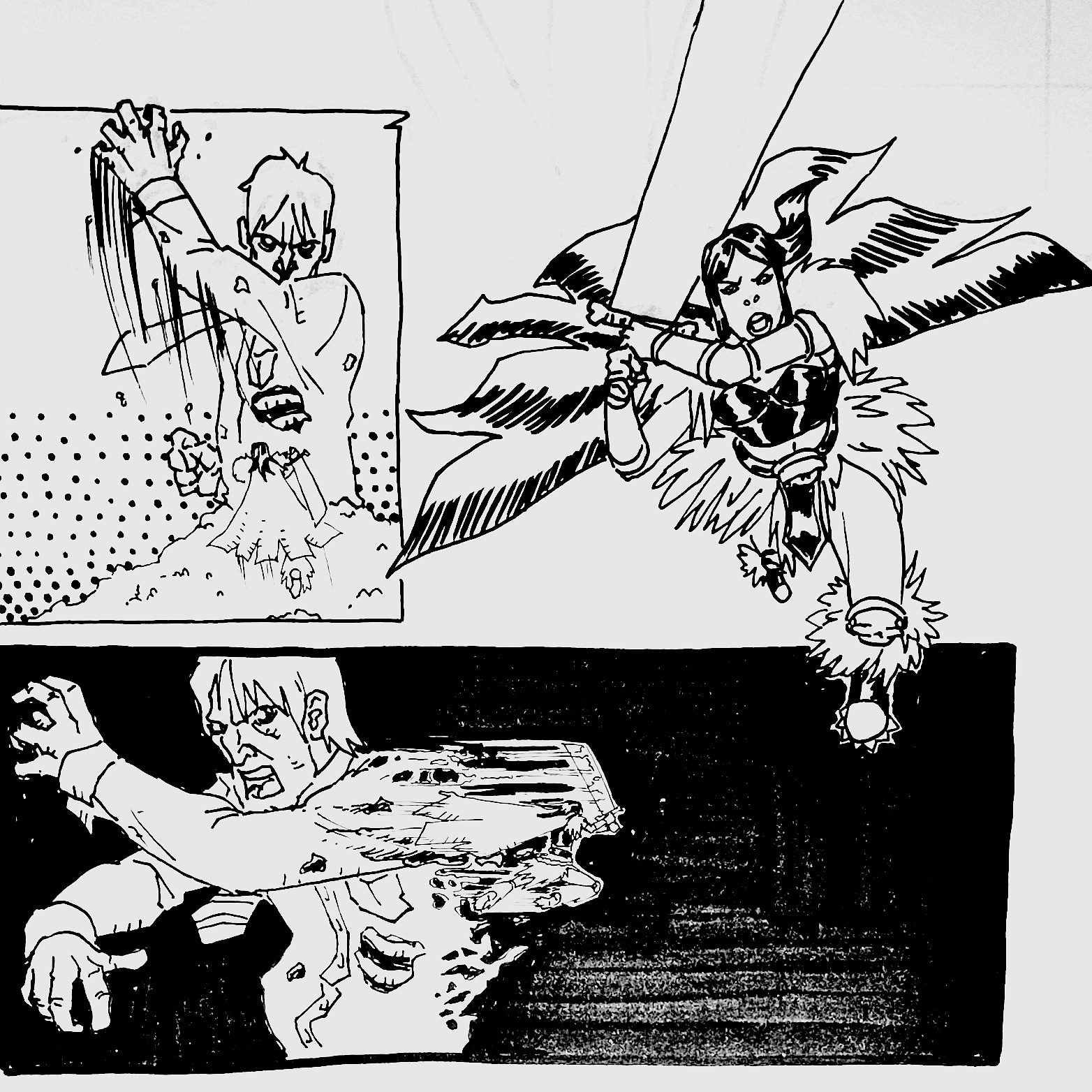 Almost there everyone! Let’s get it!